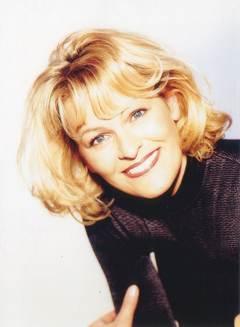 Eva was born and raised in the German city Nürnberg where her passion for music and love for performing came to life. Eva began her music career, travelling and performing live between the area of Nürnberg and Munich.

Since then she has accomplished her dream of being a professional musician and performed over 1000 live musical performances worldwide.

Although Eva travels internationally, she still returns back to southern Bavaria which she calls home.

Not only does her passion lay in music, but Eva also has a love for nature and passion to show her kindness by always giving to people.

In 1978, Eva won first prize in the amateur competition in Baden-Baden and since then performs live concerts across Germany. Over the following years, Eva recorded for the Bavarian Radio BR Studios in Nürnberg. She performed on various cruises such as MS Vistafjord in the Mediterranean, Caribbean, USA and Latin America. During this time she performed alongside several famous artists in front of a diversity of international audiences.

In 1986, Eva took part in the preliminary decision of the Grand Prix under production by Ralph Siegel. This lead to various music productions and live recordings for radio and television.

Since 1988 Eva has worked closely with Horst Jankowski in Berlin, performing at several concerts with his orchestra at galas and performing alongside Eugene Cicero and Trio. This lead to radio music productions which were held with the Rias Tanzorchester in Berlin.

In 1989 Eva Norel played concerts in East Berlin in the Friedrichstadtpalast and several locations including, the Hotel Stadt Berlin and in the Theater des Westens.

In the year 1990, Eva performed her first studio recording at the Rias in Berlin for radio concerts live in Höhrfunk / ICC Berlin. A year later she toured with Horst Jankowski and sang at gala concerts.

From 1994 to 1998 she sang at many international live concerts, including Los Angeles and Hawaii.

In 1998 Eva started studio work for the production of her first music album. It was created and released in 1999 alongside the film by Gogol Lobmayr "Colors of Earth". Eva's album was titled in "Faszination 2" which became the soundtrack to the film "Colors of Earth".

Since the fall of 2003, her voice and songs were featured in the film "Seven Seasons - Fascinating Nature 3" by Gogol Lobmayr. During this time she also collaborated with international artists such as Andrew Spence and Haddaway, and featured in music composed by Klaus Doldinger (The Boat). This then lead to the production and recording Eva's second album titled "straight to your heart" which was released in 2006.

Cookies make it easier for us to provide you with our services. With the usage of our services you permit us to use cookies.
More information Ok Decline